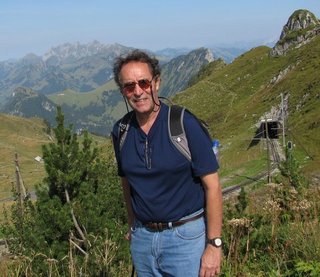 Researching The Allard Series in the French Alps 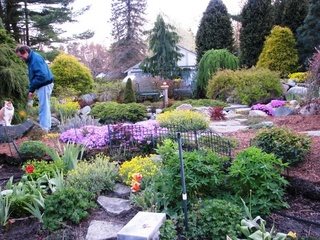 Discussing rabbit control with the head of garden security. 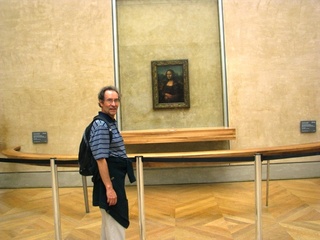 All alone with Mona. It can be done. 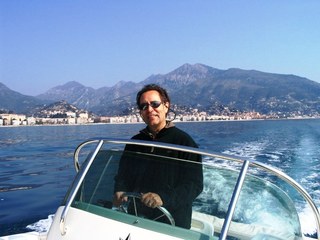 Boating in the Riviera 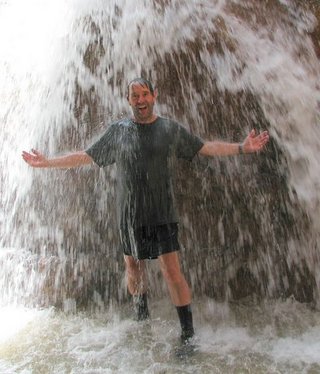 Quick shower in the Grand Canyon. 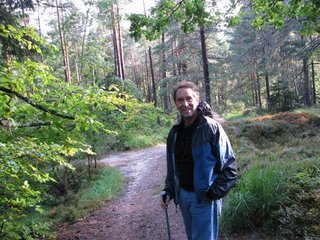 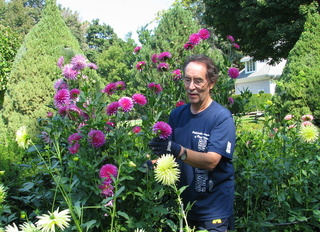 A University of Michigan educated orthopedic surgeon, Wilmont Kreis has practiced in Port Huron, Michigan for 35 years. He and his wife, Susan, nurse turned healthcare attorney, have two adult children.

A life-long resident of the Detroit River Region, he was raised on land belonging to his family for 200 years, and his interest in French-Canadian history began as soon as he could sit on his great-grandmother’s lap, listening to tales from her ancestors. Tales of endless wilderness and men in canoes, of Indians at the window and slaves hiding in the barn awaiting escape to freedom in Canada, tales of exploration and discovery and tales of the building of a great city through depression, prohibition, industrial revolution, and many wars.

His eight-book ALLARD SAGA reflects years of research, and with the aid of a first-rate story teller taught by a great-grandmother, they bring history to life through the eyes and actions of the people who lived it. These are not only historical novels, they are action adventures where the adventure never ends.
THE CORRIDOR, THE PAIN DOC and THE LABYRINTH are fast-paced thrillers describing fraud in the medical field. Still using the Detroit area as his setting, he turned to modern-day concerns to relate “stories” with a different international scope that shows how today’s problems reach beyond our shores, even to remote areas of the world. As with the historical series, the author’s plan once again is to present an important and serious topic in a thrilling style that is enjoyable, exciting and as easy to read as it is difficult to put down.

FEARFUL PASSAGE NORTH, a historical fiction thriller is set in the Deerfield Raid of 1704, read about it here and at amazon.com.

Most Recent Publication:
1634 - RETURN TO THE NEW WORLD, returns to the very early days of Canada when Samuel Champlain and his few battered settlers were uprooted from Quebec by the infamous English privateers, the Kirke brothers. 1634- follows Champlain as he brings a group of five families from the Perche region of north-east France, returning to Quebec to take on the exciting task of building French-Canada.

Philomene's Doll
Here it comes: Philomene’s Doll
Six years after the American Civil War ended, six-year-old Philomene sees her mother die horribly in childbirth. Soon she is sent from her home near Detroit to Belle-River, Canada, where, following a series of moves to various families and convents, she ultimately finds a stable home near the place of her birth and marries a young man.
Together they build a successful farm and begin a family. We follow her through Prohibition, the Great Depression, and two World Wars, raising a large and varied family through the best and the worst of times. All along, she is comforted and stimulated by a simple rag doll that was the single great gift of her childhood. Based on a true story, it’s a tale of the highest and lowest points of a long life. You will not want to miss it!
If you enjoyed 1634-Return to the New World, The Beaver Wars, Fearful Passage North, The Allard Series, or other novels by Dr. Kreis, you will love this one.

The Beaver Wars
Gravely wounded at the end of 1634-Return to the New World, Françoise Langlois must fight for her life while the fledgling French colony of Québec must fight for its as the Indian nations enlarge their wars with each other along their new European neighbors. Follow Françoise along with her French-Canadian compatriots as they struggle against all odds to retain and grow their place in the New World.

1634 Return to the New World
An enigmatic young woman emerges from a life of bad circumstances and worse luck, finding herself with a small group of French families traveling to the New world where they will prosper as the early prominent families of Canada.

Fearful Passage North Now available on Amazon.com in print and Kindle
1704, the Puritan Massachusetts frontier: The small village of newly wed Elizabeth Price is raided by Indians. She is taken along with 100 of her neighbors and marched through the brutal snows of winter to Montreal where she must begin a new life.
The Allards Book One: The New World
A young man leaves his home in France for the unknown wilderness of Quebec.
THE ALLARDS BOOK TWO: THE HUNTER
Jean-Baptiste Allard follows Antoine Cadillac to the frontiers of New France.
THE ALLARDS BOOK THREE: PEACE AND WAR
The Allard family battles in vain to save Quebec from the British.
The Allards Book Four: The Voyageur
Young Jacques Allard leaves Quebec forever to follow the wilderness ultimately making his family home in the outpost of Detroit.
The Allards Book Five: The City in the Wilderness
Jacques Allard and his son follow Lewis and Clark to the sea, returning to find Detroit in ashes.
The Allards Book Six: The Medallion
Young widow, Therese Allard, finds romance and adventure while helping to build Detroit's famous Underground Railroad.
The Allards Book Seven: The Witch
Detroit's young men march off to join the Civil War, returning to began the Industrial Revolution
The Allards Book Eight: The Chief
Detroit during Prohibition, the Great Depression and two World Wars becomes the Motor City.

The Labyrinth
Convinced they are receiving the finest of care, seniors are being trapped in an inescapable maze while Medicare is being bilked for billions.
The Pain Doc - As with all these books, The Pain Doc is available on Kindle and in print.
Greed and lust breed outrageous healthcare fraud in the rich suburbs of The Motor City.